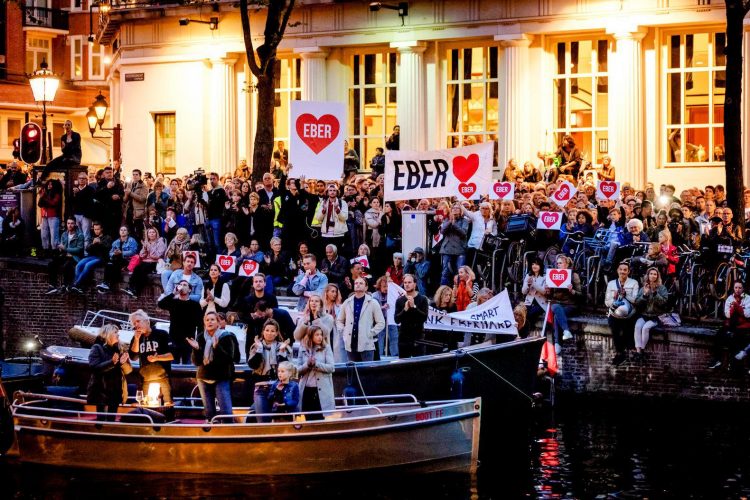 A long and steady applause was heard alongside the Amsterdam canals on Wednesday night. Hundreds of inhabitants gathered around Herengracht 502 to say goodbye to their mayor, who is terminally ill. It was broadcasted live on local television and written about in national newspapers. Why is this news?

In their study ‘What is news? Galtung and Ruge revisited’ Tony Harcup and Deirdre O’Neill introduce an updated version of news values; criteria used by media to determine what becomes news. The original research ‘The Structure of Foreign News’ dates from 1965 and is still regarded as a vital research to news production. But according to Harcup and O’Neill, a more contemporary set of news values was needed.

So how do these criteria set by Galtung and Ruge apply on people showing gratitude to their mayor? First of all, the mayor of Amsterdam belongs to what Galtung and Ruge would call the ‘power elite’; “stories concerning powerful individuals, organisations or institutions” (Galtung and Ruge, 279). Furthermore I would argue that this story has elements of both ‘good news’ and ‘bad news’. Both are potential criteria for a news story according to Galtung and Ruge. (279). The mayor having to quit his job due to illness is clearly the bad news element here. However I would argue that people coming together to show their respect is good news (Galtung and Ruge, 279). A last criteria that is relevant to this story is ‘follow up’; the situation of the mayor has been in the news for about half a year. This particular event was triggered by his announcement to step down from his post.

This example checks four out of ten criteria and thereby shows that the updated news values can be applied to current news stories. 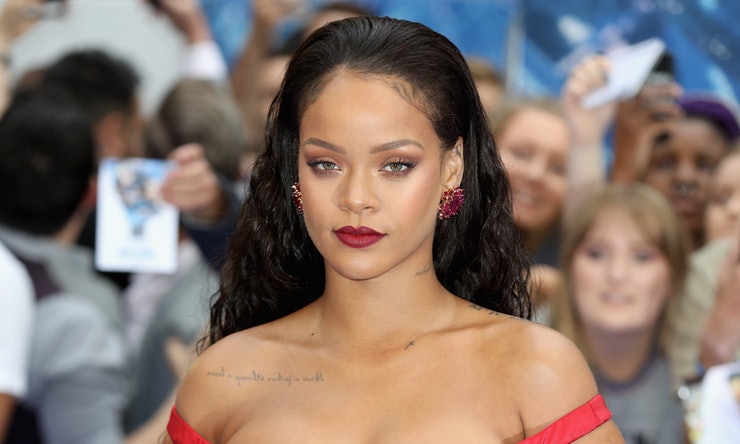 Ultimate superstar Rihanna has launched a new beauty brand called Fenty Beauty last week. Now, a mogul expanding her imperium is nothing new under the sun. But especially sociologist Galtung’s article ‘The Structure of Foreign News’ and lecturer Harcup’s reactive article ‘What Is News?’ made me think of the interesting role of celebrities (and celebrity news) on the public debates in society.

Failing
Fenty Beauty became very big news and has received hundreds of positive reviews. Not only because of the quality of the products, but because it’s seen as a solution for the consistent lack of diversity in the beauty world. Magazines have written about the “beauty industry historically failing to represent people of colour in ads and with products”. Rihanna and other dark skinned artists have “taken matters into their own hands”. Rihanna brought out 40 shades of foundation, while older brands approximately have 10 to 20. This makes the products suitable for an audience as wide as possible.

All inclusive
We know from all the responses that dark skinned women finally feel included, heard and represented. Inclusivity, or being pro-black is sometimes confused for selective inclusivity. Fenty though, is not only and all about blackness: it’s so inclusive, it has even foundation shades for albino’s! Girl!

At the same time it’s embarrassing for existing Western beauty brands, who were proven wrong about dark shades “not selling”, muslim women not being able to model, and so forth. So is this celebrity news story, which seems so small and irrelevant, an expression of the need for positive identification, as Galtung would state it: Rihanna represents a unheard diverse group of fashionable and educated women, who can finally play confidently with makeup.

Rihanna, as an “elite”, doesn’t represent herself, she represents “coloured”, fashionable and educated women. That’s one of makeup’s powers. In 1965, Johan Galtung and Mari Ruge made a discovery that changed the way we analyze news today. How do certain events become newsworthy? In what ways can we be selective of the news?

In their article, Galtung and Ruge list twelve factors that can influence the decision of journalists to translate an event into a news item. Interestingly, Galtung and Ruge suggested that negative news often makes headlines, because “there will be agreement about the interpretation of the event as negative” (69).

Significantly, on The Guardian there is little to none positive news reporting to be found. If we take a closer look, we might conclude that out of fourteen headliners, only one article, which talks about the reduction of greenhouse gas, carries a positive note. However, every other article on the site, from airstrikes in Syria to detained immigrant children in Canada, carry a significant amount of negativity.

Where does all this negativity come from? Can we find a way of seeing news outside of this spectrum? Certainly, more balanced news reports can contribute to a more harmonious view of the world.

British TV-star C.J. de Mooi has been arrested on suspicion of a murder he allegedly committed in Amsterdam in 1988. The former model and panellist of the popular BBC show Eggplant, whose real name is Joseph Connagh, mentioned in his biography that he pushed a man who attacked him with a knife into an Amsterdam canal. Back in the 80’s and 90’s De Mooi was living a wandering and sort of homeless life in Amsterdam and Cologne, before starting a successful modelling and TV career.
This incident caught the attention of all big English newspapers, as well as a lot of Dutch ones. This is in line with Galtung and Ruge’s criteria for news value (Galtung and Ruge, 66). An arrest happens quickly, in an ideal timespan for a newspaper to cover. There is a possible murder involved, which gives it big amplitude. Most striking in this case, we see a clear example of cultural proximity and something unexpected that happens within that cultural familiar frame (Galtung and Ruge, 67).

Galtung and Ruge conclude their influential paper, which was published in 1965, by providing journalists with a possible solution to the biased news that was produced by the prevailing news value at the time. According to them there are twelve factors dictating news value and the journalists and news editors should attempt to counteract all of them.

Huffington post UK is trying to counteract at least some of these factors with solutions journalism. In solution journalism the focus lies on problem solving instead of the issues themselves. When a news story is reported in this style it inevitably carries a more positive tone, counteracting Galtung and Ruge’s factor 12, focus on negative events.

However, according to the Huffington Post UK, it is important not to confuse solution journalism with positive news. Their aim is to improve the reporting standards of mainstream media, through in depth investigations. They want to “fill in the other half” and give people “the whole picture”. This will undoubtedly lead to a more nuanced story, which counteracts factor 3, unambiguity.

Why do some stories gain more attention from news media than others? Looking back on the past week, two stories are interesting for a comparative analysis in the attention they received in Dutch newspapers: the bloody conflict in Congo-Kinshasa, and the upcoming divorce of Angelina Jolie and Brad Pitt.

Yet it should not be like this. As Galtung and Ruge argue, news media should try and counteract the dynamics of what gets attention and what doesn’t; Congo really matters more than Brangelina. While the political upheaval in Congo might dissonate with a Western readership more than the life and times of two actors do, its global implications are more far-reaching, and thus the story deserves more attention than it has received so far.

Numbers of refugees seeking asylum in Europe have dropped significantly since this time last year, reports Danish newspaper Politiken in a recent article in its online edition.

As one of the most talked about events to happen in recent years, this development in the refugee crisis surely seems rightfully placed on top of the frontpage.

But what really defines a good news story? In 1999 Tony Harcup and Deirdre O’Neill identified a set of 10 rules for analysing (what was then) new media, challenging the notorious 12 news criteria of Galtung and Ruge from 1965. Stories tend to get coverage when they are:

Amongst these we find our story making a decent score, ticking off 5 – or 7 – out of 10 (highlighted above), not least due to it concerning the EU and because of the amount of people affected physically, emotionally and strategically by the crises.

But when it comes to whether fewer refugees in Europe is a good or bad thing, the article remains rather ambiguous.

Maybe hot potatoes like these are best served this way in a increasingly global, yet divided media landscape. Does this make these stories any less newsworthy?

A couple of weeks ago the Americans marked the 15th anniversary of 9/11 terror attacks in New York.
Hillary Clinton was one of the participants showing her sympathy. But during the memorial she suddenly fell ill and had to leave abruptly.
That led all medias to broadcast about THAT in stead of the one thing it was actually all about. So why is that? And is it okay to make it all about something else?

So it is quite okay in theory to let it all be about Hillary’s illness because she has much more news value than the marking of the terror attacks where 3000 people were killed.